The Mt Hess Project (EPM 18864 & 19252) is located approximately 100 km southwest of Mackay. The project area covers part of the Gotthardt granodioritic intrusion which intrudes into the overlying Permian sediments of the Bowen Basin. Skarn and porpyhry copper mineralisation are associated with this intrusion and within the Mt Hess project area there are numerous copper-gold prospects in an area north of the Gotthardt granodiorite (see Figure 14).

In an area close to an old copper smelter Homestake report that a series of parallel structures striking 302 degrees north have a minimum length of 600 m and widths up to 10 m. Within these zones, rock chip sampling has yielded maximum grades of 10.6 g/t Au.

Oldfield conducted a 24 drill hole programme in 2012 to explore for low copper grade – bulk tonnage targets capable of supporting a large scale mining operation. The results of this programme indicated that this target is unlikely to be present within the project area, however there were some narrow zones of copper mineralisation present, e.g. 3.0 m @ 1.77% Cu, 0.26 g/t Au (Drillhole MTH12DD004) and 2.0 m @ 1.98 g/t Au, 0.37% Cu (Drillhole MTHRD12RD014).

Tartana will target future exploration on these mineralised zones to determine whether they have the potential to contain economic copper oxide resources. A initial modest exploration programme involving costeaning is planned for 2018 (2018 Budget $50,000 expenditure). 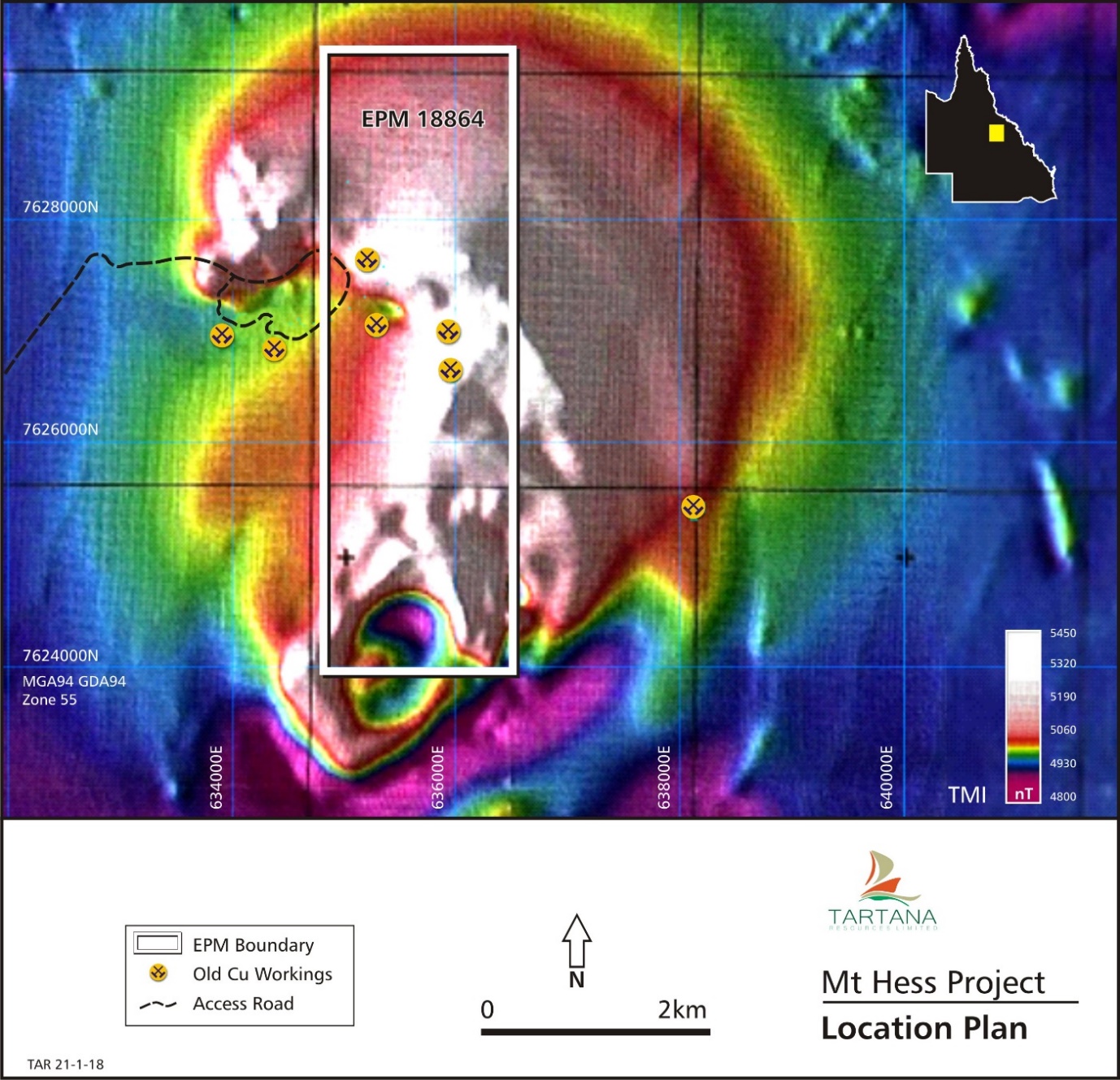