Tartana has signed an option agreement over the Nightflower project. This project is covered by an EPM 27595 application on track for granting. The terms of the option are:

Location of the Nightflower Project 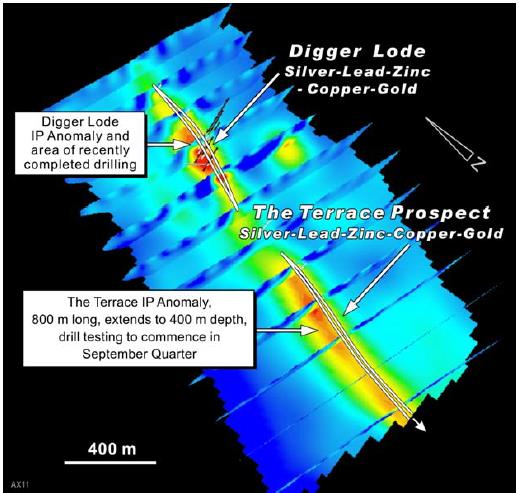 The Digger Lode and Terrace Prospect and IP

The exploration permit contains 7.2 km strike of the mineralising fault, the Digger Lode drilled resource is only 300m of that fault system while the IP anomaly is 2km long and open to the south.

In 2008 Axiom Mining completed the 19 line-kilometre IP/resistivity survey over a 2.2 km strike length along the Nightflower Fault zone corridor covering both the Digger Lode and Terrace Prospect areas. While the Digger Lode has previously been recognised, the inverted IP modelled data defined a second strong chargeability anomaly now named the Terrace IP Anomaly (Axiom Mining announcement dated 1 July 2008).
All drilling to-date has focused on the Digger Lode and with the Global Financial Crisis in 2008, Axiom Mining decided to pull out of the option agreement it had at that time. Hence the Terrace prospect has never been drilled.

A long section of the Digger Lode is presented shows a mineralised zone with a true width up to 15m and open at depth. 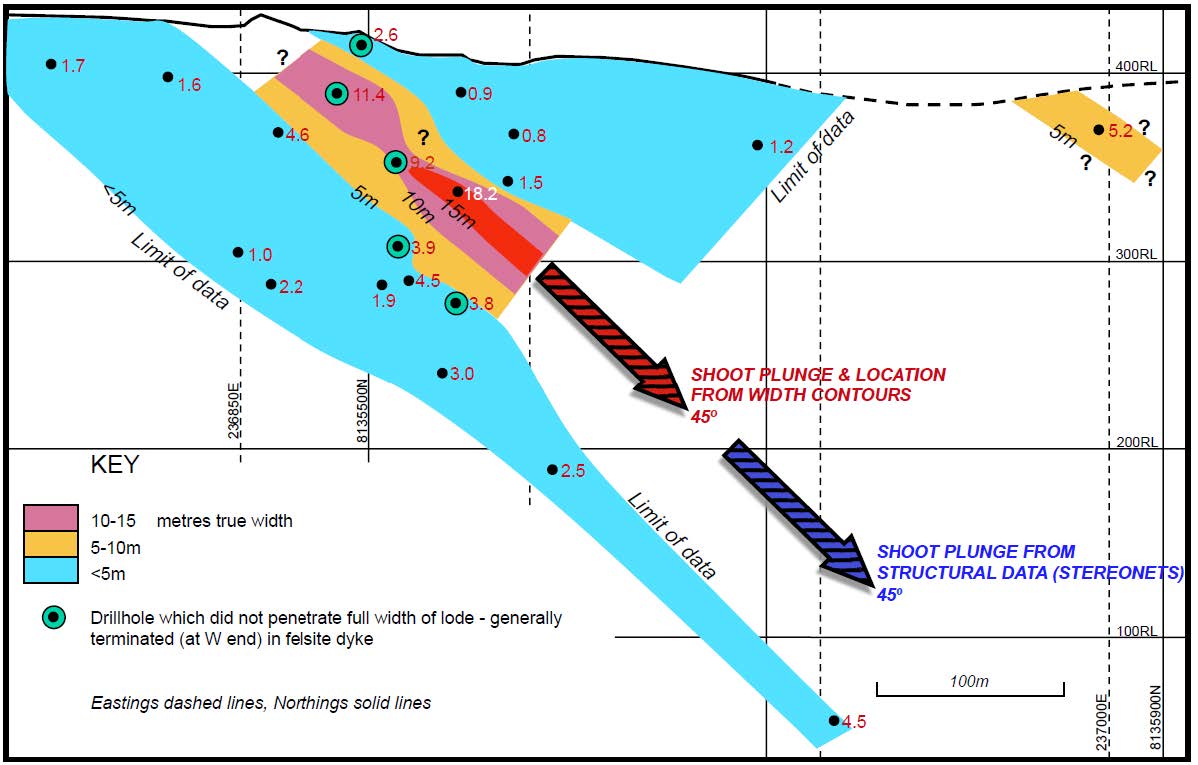 This also correlates with the silver mineralisation expressed in Ag ounces per tonne time the width interval  In the red zone on the long section shows area greater than 100 oz per metre but note that Tartana is yet to verify this data. However, in Figure 5 the highest reported silver grade was 706 g/t (23 oz per tonne) over a 4m interval within a zone of 39m @ 181g/t.

The Nightflower project has been of interest to Tartana given its high level of prospectivity but in particular: