Located directly west of Dimbulah, the Dimbulah Copper Gold Project (EPM 27089 – total area 8,204 hectares) covers the Dimbulah porphyry copper project which has been noted by the USGS as having reported a resource potential estimated at 20 Mt @ 0.3% Cu for 50,000 tonnes of contained copper based on limited data.

The prospect is interesting from both the presence of copper mineralisation, the extensive alteration within and adjacent to the tenement and the structural complexity. This is exemplified by the moderate to strong sericite alteration which occurs extensively in drill core from the Porphyry Hill prospect within the tenement while the Wolfram Camp tungsten mine lies 3 km north of the EPM boundary along a major structure passing through the tenement. 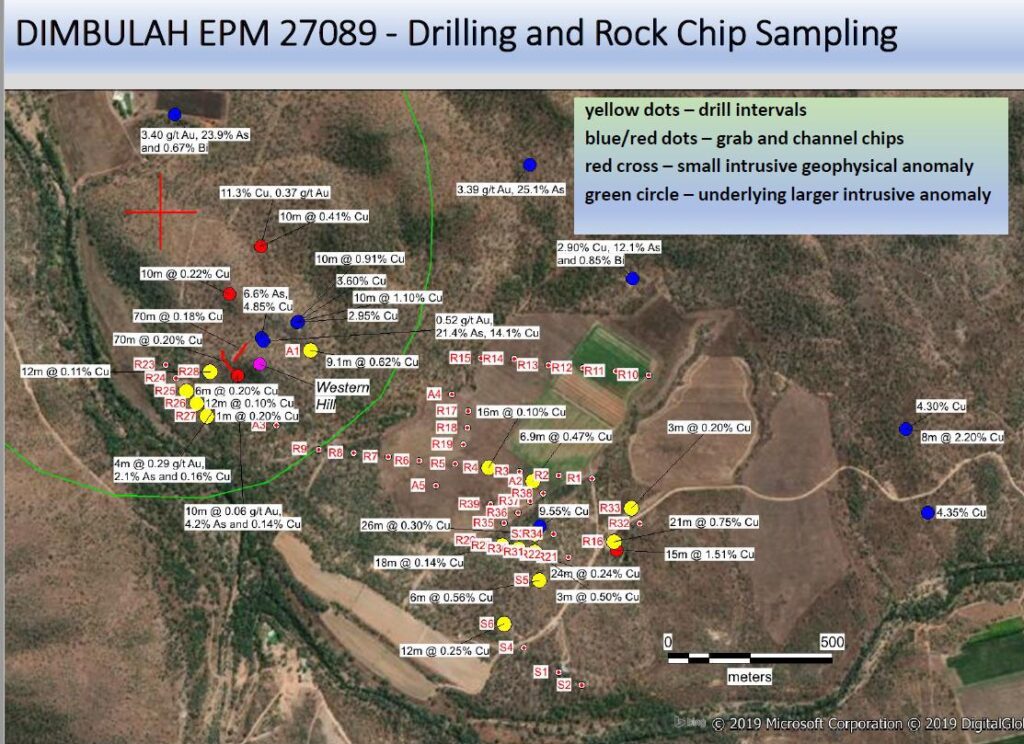 Mineralisation has been intersected in grab samples, channel samplings and drilling by past explorers. Better shallow intersections include 21 m @ 0.75% Cu but some of the channel sampling has returned 8 m @ 2.2% Cu and 15 m @ 1.51% Cu as outlined on Figure 5, there is ample evidence that mineralisation covers a broad area. 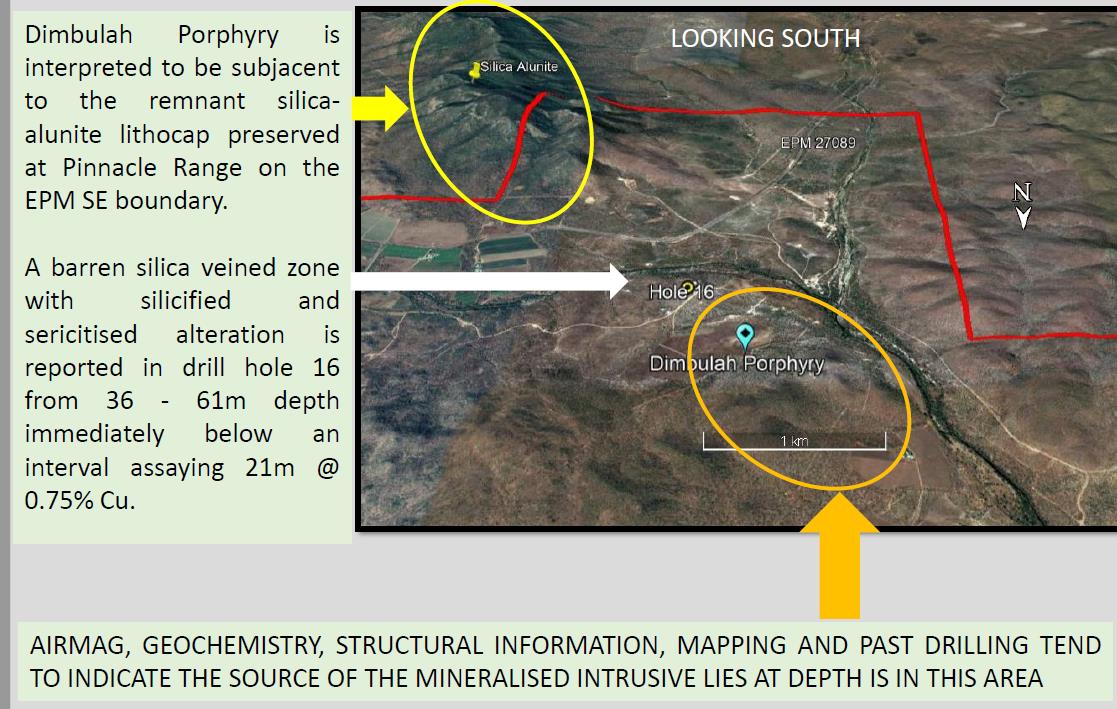 Silica-alunite alteration immediately to the south of the project tenement.

EPM 27089 is interpreted to cover the site of intersecting ring faults from four separate caldera collapse events. These faults are interpreted to provide fluid pathways for mineralising fluids and melts. In particular, structural interpretation based on geophysics has outlined: 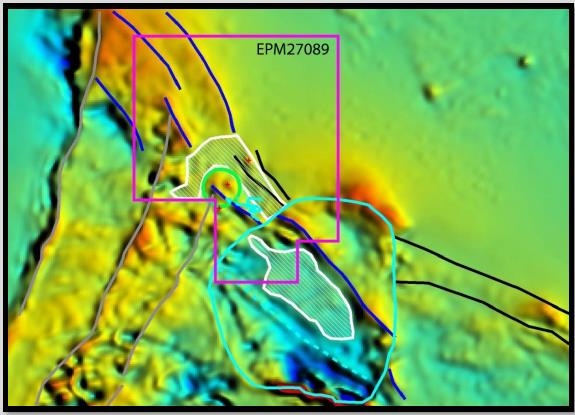 Geophysical interpretation of structures in the Dimbulah Copper Porphyry Project.