Our flagship project is located approximately 150 km west of Cairns and 40 km northwest of Chillagoe along the Burke Development Road (see Figure 1).

The project area lies within the prospective northwest trending Chillagoe Formation
belt within the Palmerville Fault zone. The Palmerville fault is interpreted as a low angle thrust dipping shallowly northeast under the Chillagoe Formation sediments. The sediments in the hanging wall are considered to be a package of shallow to deep water sediments thrust together and separated by listric faults arising in the Palmerville Thrust (See Figure 2 & 3). This zone hosts major porphyry and skarn related deposits including the Red Dome porphyry copper-gold skarn, the Mungana porphyry copper-gold-zinc-lead deposit, the King Vol high grade zinc skarn deposit and numerous smaller deposits along the belt. 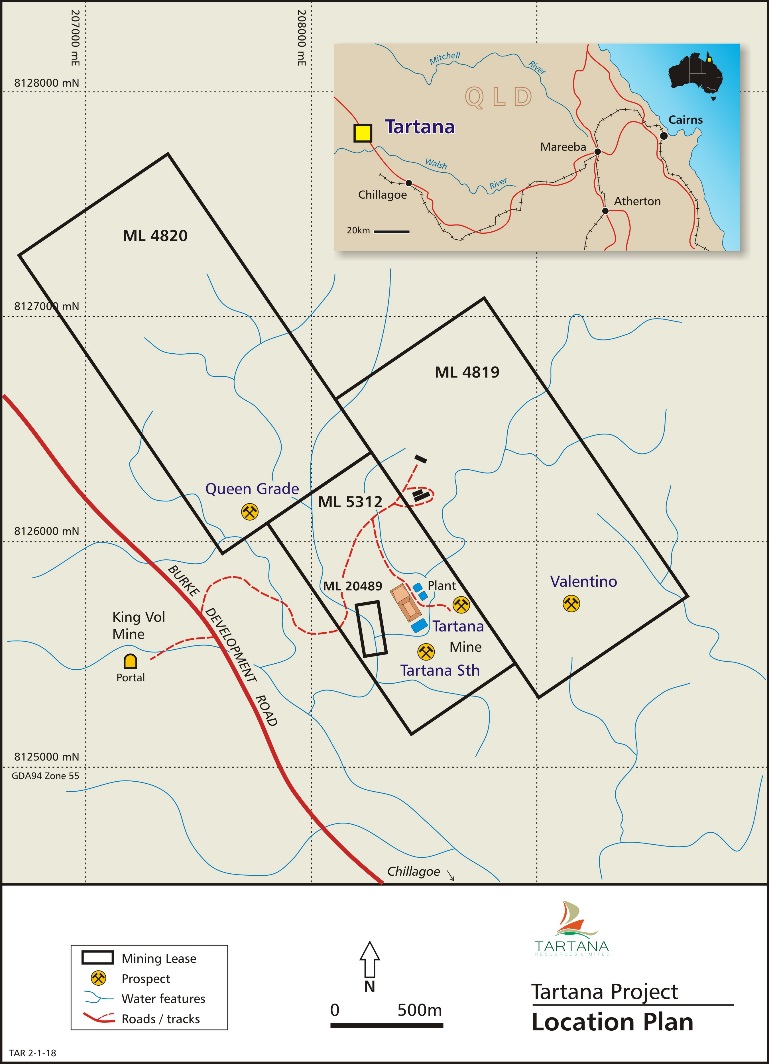 Figure 1 Location map of the four Mining Leases which represent the Tartana Copper and Zinc Project.

Historically, copper mineralisation has been reported at Tartana Hill where small scale mining has occurred in the past as well as elsewhere across our leases. Separately, zinc mineralisation is present in the Queen Grade project within our mining leases, and has similarities with the zinc mineralisation in the King Vol Zinc Project which has been developed by Auctus Resources on the neighbouring leases.

We have defined three separate projects and one prospect within the four mining leases and these are; Copper Oxide Project, Copper Sulphide Project, Queen Grade Zinc Project and the Valentino Copper/Gold/Silver/Cobalt Prospect. 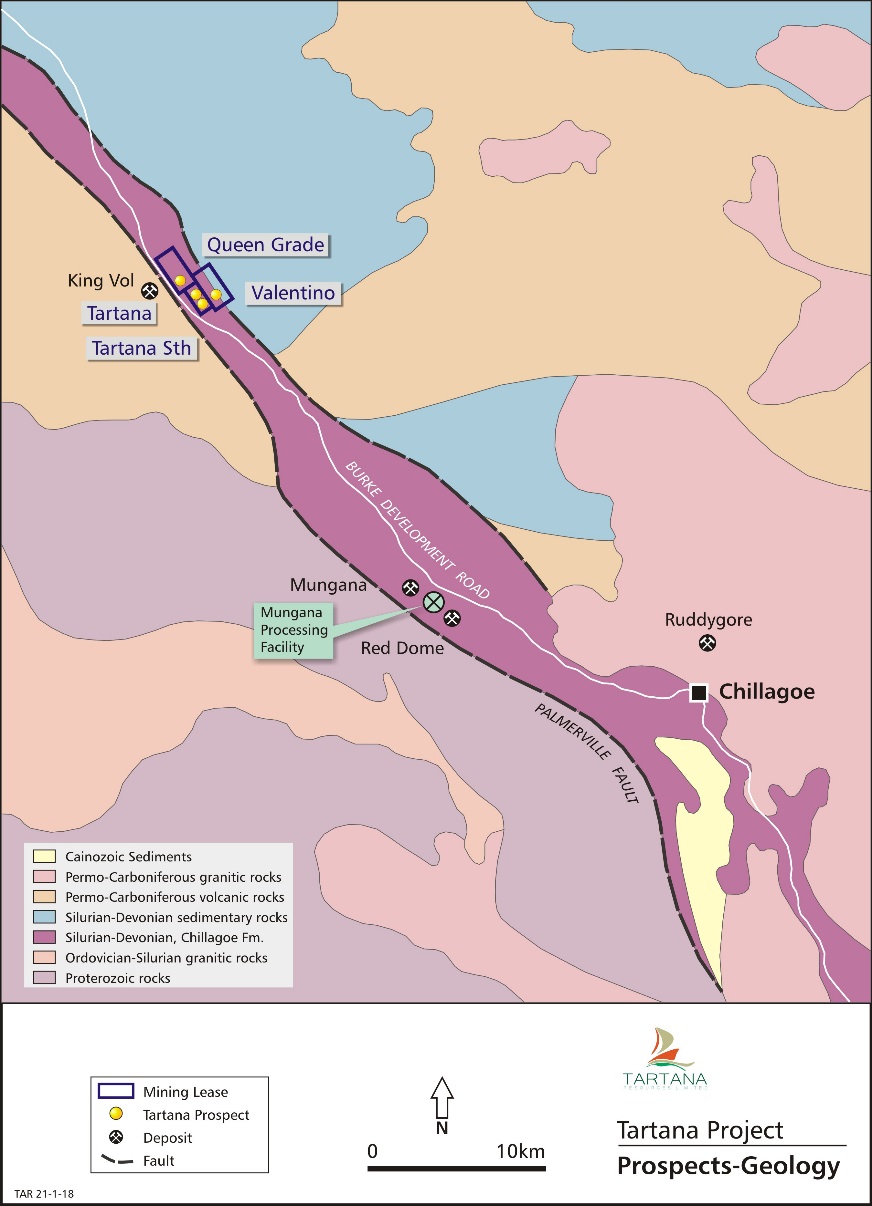 Figure 2. Regional geology and location of other mines within the area. 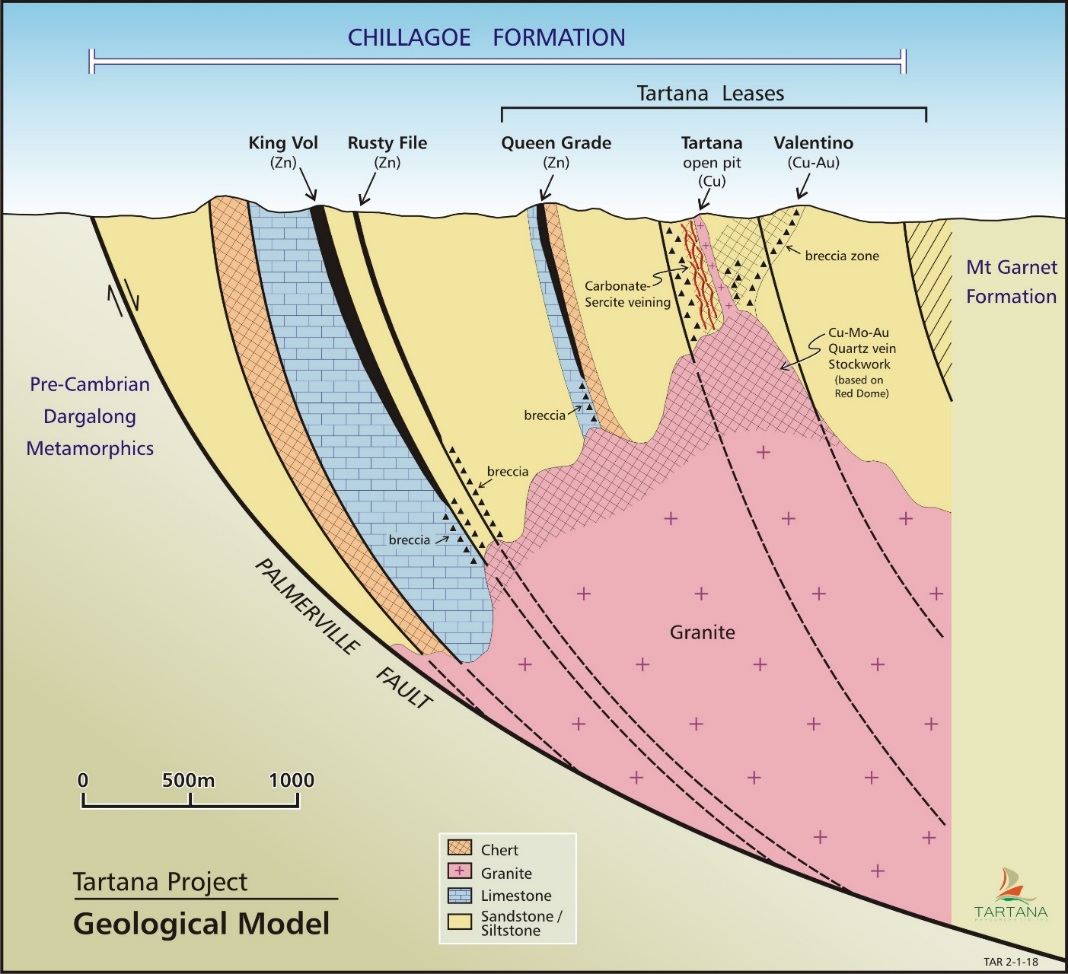 Figure 3. Conceptual geological model of the copper and zinc mineralisation on the Tartana leases and neighbouring areas.

The previous owner and operator treated copper oxide mineralisation in a small scale heap leach, solvent extraction and crystallisation operation which produced high quality copper sulphate (See Figure 4 and 5). This was sold to customers for industrial use or as supplements to stock feed.

During the period 2004 to 2013 approximately 1.2 million tonnes of copper oxide mineralisation grading around 0.8% Cu is reported to have been mined from the shallow open pit and treated in this heap leach, solvent extraction and crystallisation operation. A notable feature of the ore treated was the extremely low acid consumption.

The plant remains on site and heap leach pads are still operational and maintained by the site manager (see Figure 4). 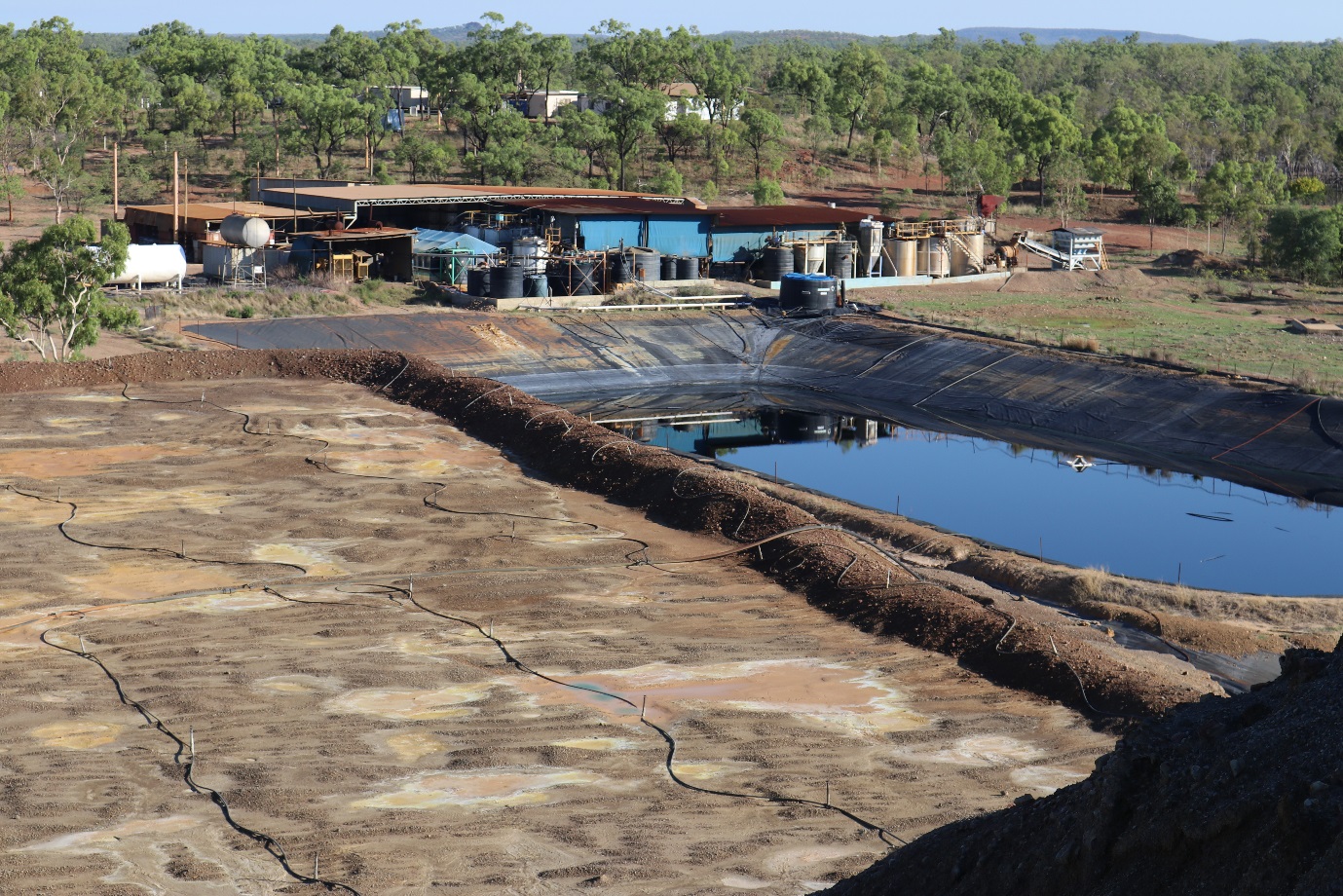 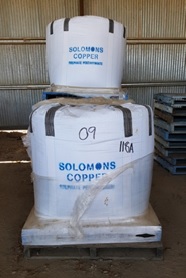 Figure 5. Copper Sulphate in one tonne bulka bags and which has been produced by the previous owner and awaiting shipment.

While the original shallow pit has been partially rehabilitated, there is the potential for extensions to the copper oxide mineralisation in an area immediately north of the old pit.

This is highlighted on Figure 7 and represents a zone that is approximately 280 metres long, 80 metres deep and 55 metres wide.

Historical drilling data which unfortunately cannot be verified as meeting JORC 2012 standards includes drill intercepts through this zone. Tartana will conduct ‘step-out’ drilling in the area in the area around the higher grade intersections listed in Figure 7 (For a complete list of drill holes see section 5.2 pages 94-98, JORC 2012 Code Section 1 & 2 tables are presented in Section 5.6 pages 101-111 of the Replacement Prospectus dated 23rd April 2018).

Figure 6. Better downhole intersections from the northern oxide copper zone which will be the target of follow-up drilling by Tartana Resources. These RC drill holes were drilled by Majestic Resources NL in 1995 (reference: Saunders, 1995) and may not meet JORC 2012 standards (For further explanation, see Section 5.6 pages 101-111 for JORC 2012 Code Section 1 & 2 tables of the Replacement Prospectus dated 23rd April 2018).

There are also other areas on the leases where malachite (copper carbonate) mineralisation is evident on the surface and in old consteans and these may represent opportunities to identify new exploration targets.

This copper oxide mineralisation along with potentially externally sourced copper ore opportunity to recommence copper sulphate production. The economics of re-starting copper sulphate are significantly enhanced if copper oxide mineralisation is available on-site and while our primary focus is on the larger copper and zinc exploration targets, the restart could represent an attractive source of future cash flow. 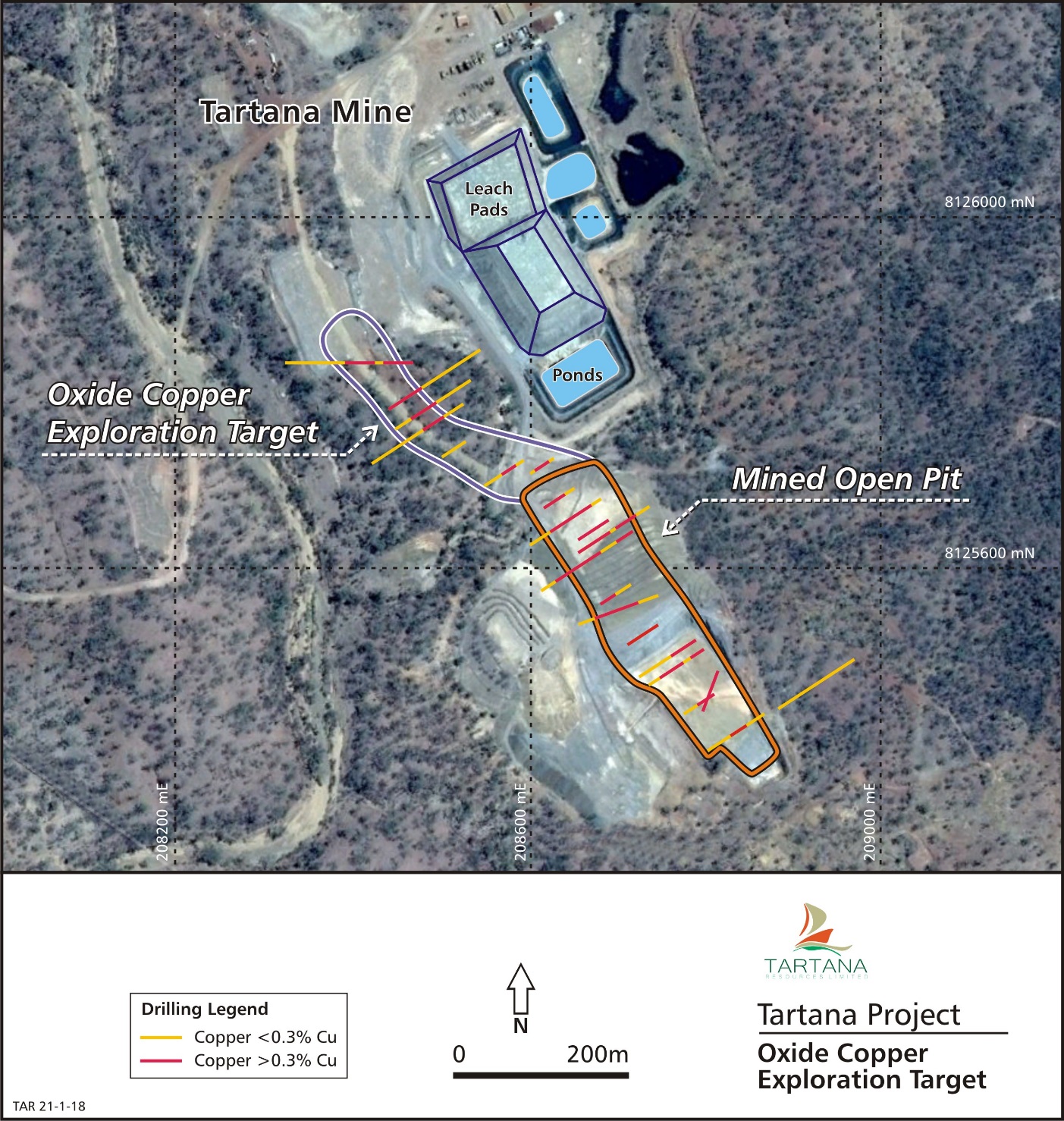 Figure 6. Exploration for Oxide Copper with target an area immediately north of the open pit

This copper oxide mineralisation along with potentially externally sourced copper ore and other copper containing materials may provide Tartana Resources with the opportunity to recommence copper sulphate production. The economics of re-starting copper sulphate are significantly enhanced if copper oxide mineralisation is available on-site and while our primary focus is on the larger copper and zinc exploration targets, the restart could represent an attractive source of future cash flow.

Wireframing the historical drilling data below the open pit (33 drill holes) (see section 5.2, pages 94-97, for a complete list of drill holes) has defined a volume that has a strike length of 650 metres by 80 metres wide and by 300 metres deep. This represents a target for future exploration drilling and Tartana will seek to quantify the mineralisation within and adjacent to this volume and which will meet JORC 2012 standards (See Figure 7).

The historical drilling has some reliability issues including the utilisation of various
drilling methods, a lack of hole surveys, incomplete assaying of sections of the holes
and the assay of only two or three metals in certain drill holes. Most recent drilling has involved sporadically testing targets across the leases but includes diamond drill hole TDH12A which was drilled under the old oxide open pit and also diamond drill hole TDH13 which was drilled along strike to the north of the pit. As noted earlier, the drilling data may not meet JORC 2012 standards although the driling was completed in 2009 (Chant, 2012)

As the copper mineralisation is generally confined to the higher sulphide bearing
veins it may be amenable to preferential ore beneficiation, like ore sorting technologies including heavy media or screening which are currently available in the mining and processing industries.

Saunders (2008) notes that the vein intensity and carbonate alteration increases with depth and this may indicate that the mineralising system is stronger at depth and subject to structural control. It is the focus of the Company to implement a systematic drilling programme to test for higher copper grades, and by-product metals at depth as well as potentially establishing a resource base for scoping studies.

Previous explorers have conducted geophysical surveys over the leases and these have been reviewed by Geophysicist Steve Collins (Collins, 2008). The most exciting surveys highlight a significant Induced Polarisation (“IP”) anomaly (green shape in Figure 8) which incorporates the area targeted for future copper sulphide
exploration (red area in Figure 8) located below the open pit. However the IP anomaly (green shape in Figure 8) also extends further north, northeast and northwest from below the open pit and in an area which is generally just below the extent of the historical drilling (See Figure 8). Collins (2008) reports that the anomaly covers an area of about 900 m diameter containing highly IP responsive rock and which is probably due to disseminated sulphide minerals.

Encouragingly, the higher IP responses (green areas) overlap with our zone targeted for future copper sulphide exploration where previous drilling has intersected broad widths of copper mineralisation described above. This may bode well for the prospectivity of the areas that have not been adequately tested by previous drilling. 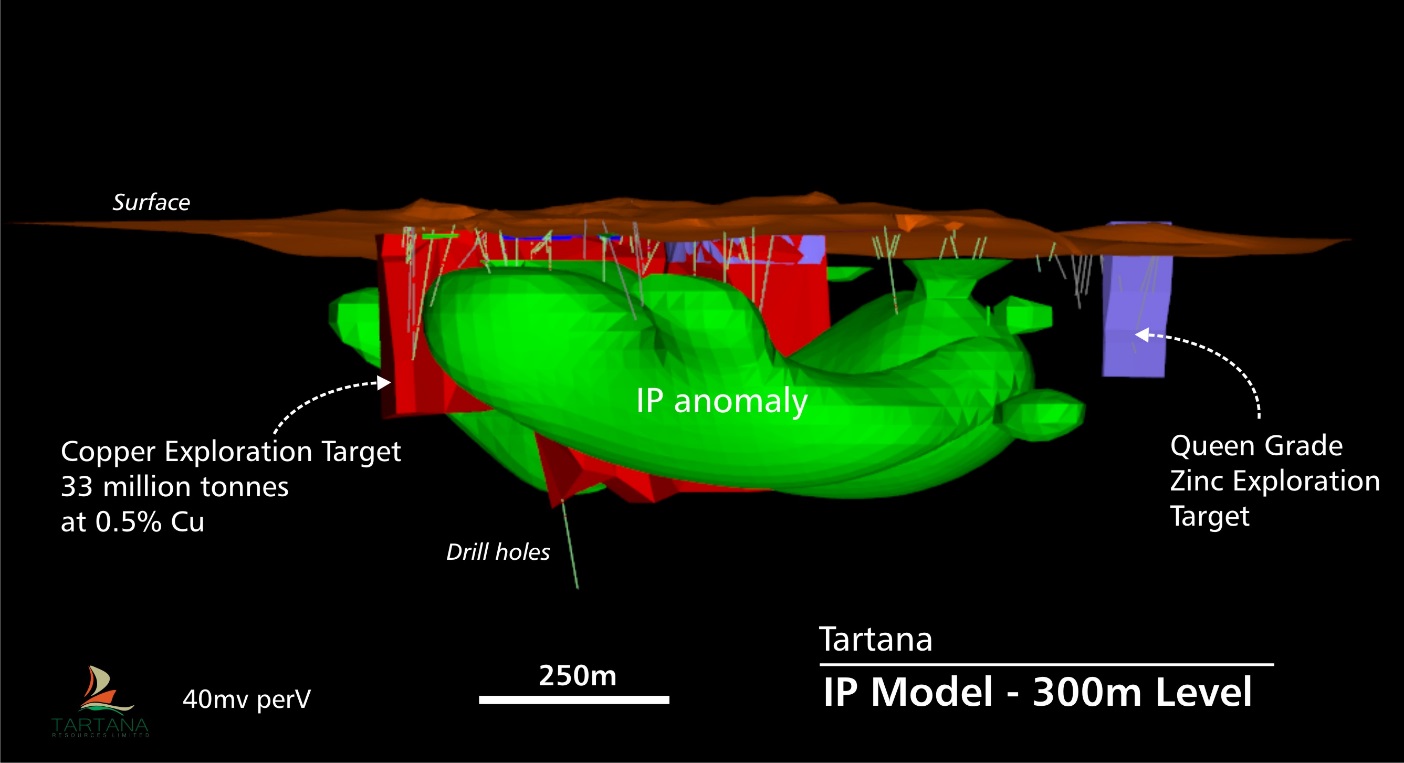 Figure 7: The target for copper sulphide exploration in red and the IP anomaly in green. Most historical drilling has not tested the Induced Polarisation (IP) target represented by the green shape (20 March 2018).

Tartana Resources has designed a targeted drilling programme to systematically test the copper sulphide mineralisation below the open pit, along strike and also where mineralisation may be present as indicated by the IP anomaly.

The ‘step-out’ approach will seek to establish a resource targeting copper, silver, gold and cobalt mineralisation.

Approximately 800 m east of the Tartana open pit is the Valentino prospect which is defined as a mineralised shear zone potentially separatingan underlying granite from arkosic (feldsparrich) sediments. Scant drilling to-date suggests that the zone varies 1 to 20 metres in width and is defined by quartz with chlorite, sericite and pyrite alteration (see Figures 1 and 3).

Mineralisation within the shear is also zoned with base metals dominant in the footwall and precious metals dominant in the hangingwall as reported by Stevens (2006). Previous drilling has involved various drilling methods and utilised limited assay suites and which may not meet JORC 2012 standards (For further
explanation, see JORC 2012 Code Section 1 & 2 tables presented in Section 5.6 pages 101-111 of the Replacement Prospectus dated 23 April 2018). It was conducted by Solomon Mines Pty Ltd and referenced in Stevens (2006) with a complete
list of drill holes provided in Section 5.2, pages 94-97. Tartana will target exploration in the vicinity of the better downhole intersections which include:

There has been minimal assaying for cobalt but more recently some cobalt assaying was reported by Chant (2012) for selected drill holes. It is notable that in the northern area of Valentino there are elevated cobalt grades with assays up to 0.12% Co in association with the higher copper grades such as in Drill hole TDH23. However values in the range of 50 to 400 ppm are more common in the mineralised zones with higher copper grades (e.g. Drill hole TDH19).

Overall the Valentino prospect is interesting as the presence of higher gold and cobalt grades may reflect primary metal zoning within the porphyry system associated with the mineralisation at the Tartana open pit as noted by Stevens (2006). It could reflect the tapping of deeper mineralising fluids. Valentino extends for at least several hundred metres at surface and dips 40 degrees to the west. It is projected to intersect the Tartana open pit mineralisation at approximately 400 m below the open pit surface.

A strike length of over 300 metres has been delineated on the surface from outcropping gossans and previous drilling has identifed subvertical parallel or en echelon sulphide-rich zones (see Figure 9). 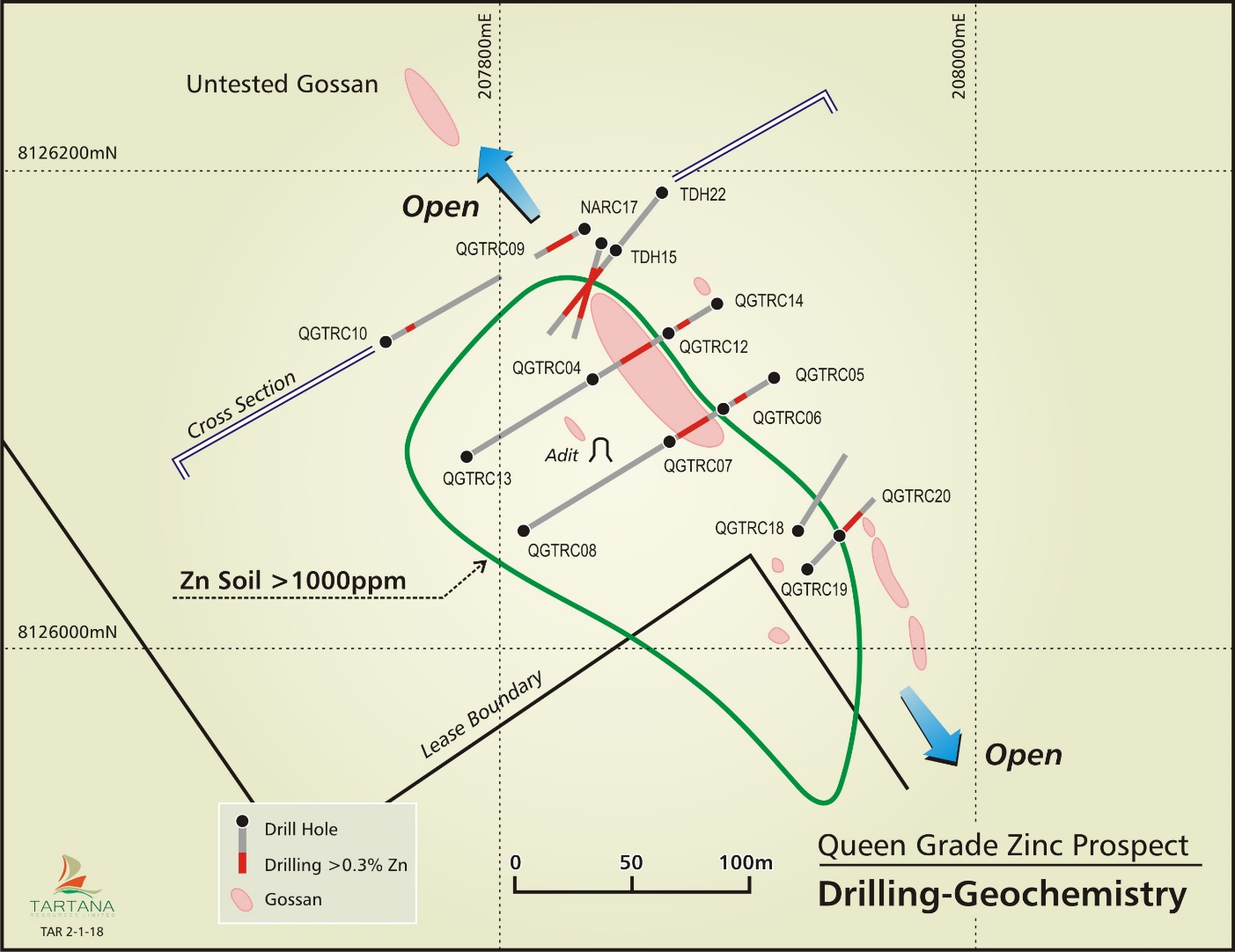 Figure 11 is the simplest interpreted crosssection from the historical drilling although
the sampling procedures may not meet JORC 2012 standards (For further  explanation, see JORC 2012 Code Section 1 & 2 tables presented in Section 5.6 pages 101-111 of the Replacement Prospectus dated 23rd April 2018). It shows downhole intersections including:

However it appears that some drill holes have been prematurely terminated after testing one or two ore zones when there are in fact multiple ore zones and the orebody may be more complex than presented in Figure 11. The Company believes that a more thorough drilling campaign is required to determine the resource potential of the Queen Grade project and in particular, the scope for depth extensions. A complete list of drill holes is provided in Section 5.2 pages 94-97 of the Replacement Prospectus dated 23rd April 2018. 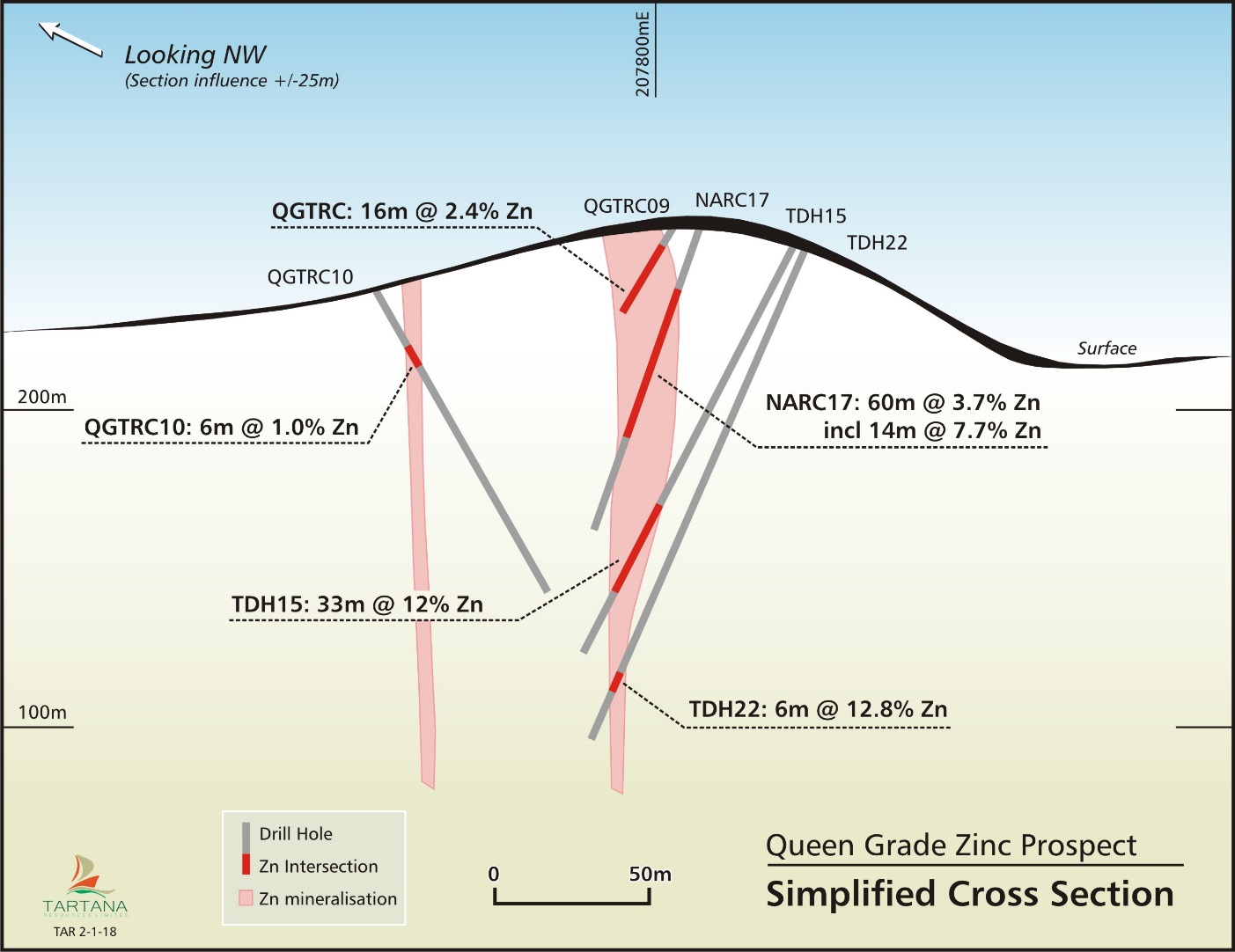 The neighbouring King Vol deposit may provide some insight into the potential for depth extensions in that this deposit is not very extensive along strike but extends for more than 900 metres in depth as established by the drilling conducted by Auctus Resources ( see http://www.auctusresources.com.au/projects/king-vol-mine/)

Similar host lithologies have also been mapped along strike from Queen Grade to the northwest and southeast within the Tartana leases and Stevens (2006) believes that the entire belt is prospective for extensions and repetitions of Queen Grade style mineralisation.